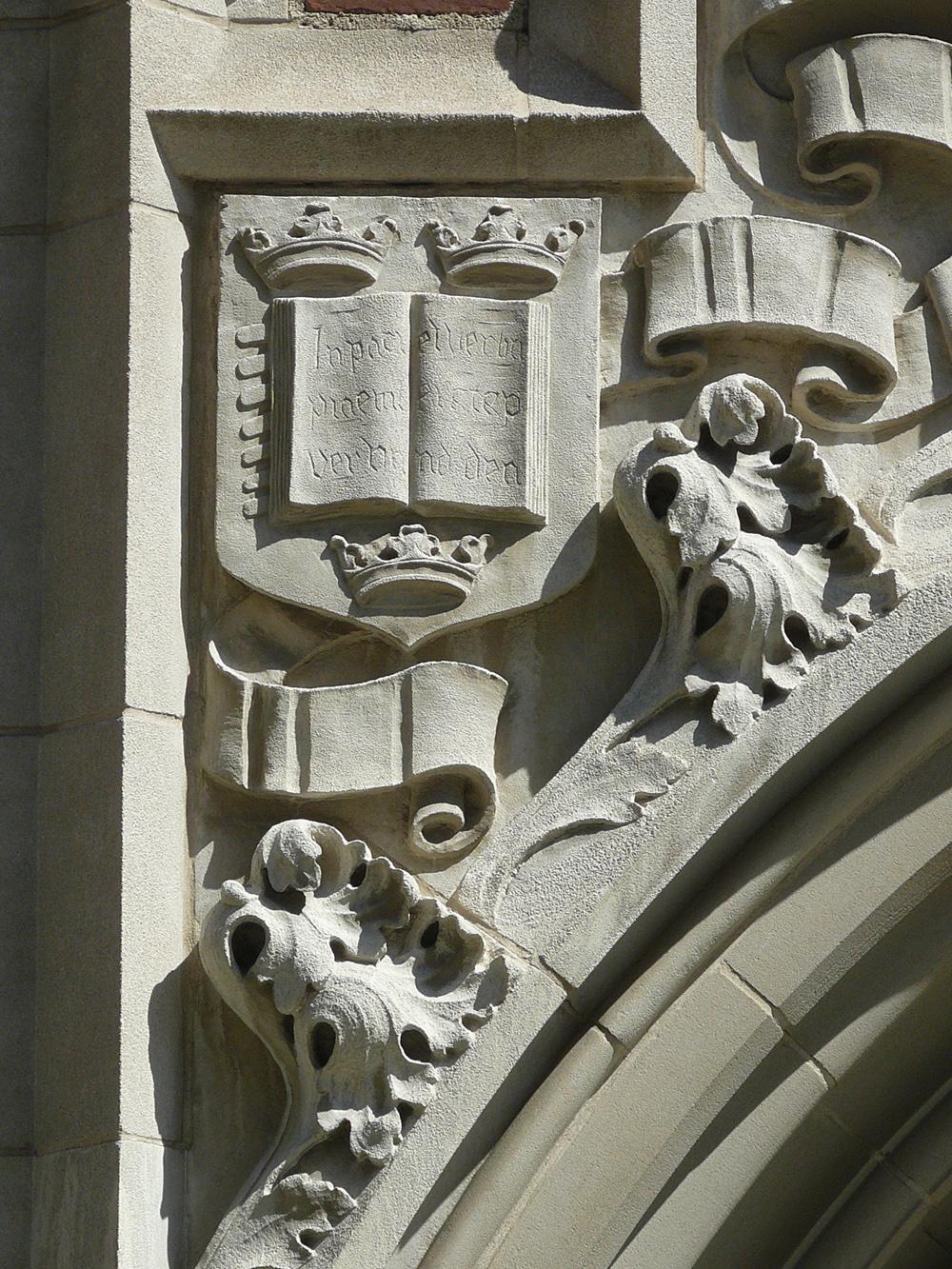 The Penn Office of Investments is responsible for investing the University’s endowment and pension assets.

Penn’s endowment provides critical support for the University’s goal of becoming the most inclusive, innovative, and impactful university in the world.  Totaling $14.9 billion as of June 30, 2020, the endowment is comprised of over 7,000 individual endowment funds benefiting the University’s schools, centers, and the University of Pennsylvania Health System.

Every year, the endowment distributes money to support a wide range of purposes across the institution, with the vast majority of funds dedicated to instructional use and student financial aid.  Penn’s annual target payout is 5% of each endowment fund.  The exact payout in any given year is determined by Penn’s spending rule, which smooths the impact of short-term changes in portfolio value on the amount of the spending distribution.  Annual spending distributions have grown by an annualized 10.1% over the last decade and now support 14.4% of the University's academic budget, up from 9.7% ten years ago.  During fiscal 2020, distributions from the endowment provided $655 million in budgetary support to the University.  Over the past decade, the endowment has distributed nearly $4.1 billion to support the University.

The vast majority of Penn’s endowment is invested in the Associated Investments Fund (AIF), a pooled investment vehicle in which the many individual endowments and trusts hold units.  The Office of Investments—consisting of 26 investment, operations, and administrative professionals—manages the AIF.  A distinguished Investment Board, consisting of Penn alumni and University leadership, oversees the activities of the Office. 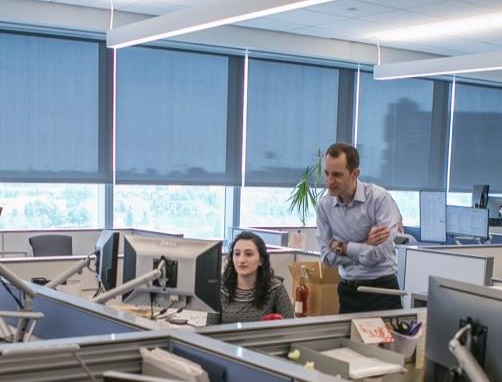 Penn’s endowment produced an investment return of 3.4 percent for the year ending June 30, 2020.  Total endowment assets increased by $228 million during the year, reaching $14.9 billion as of June 30 (approximately $11.4 billion represents assets of the academic component of the University and $3.5 billion supports the University of Pennsylvania Health System).  The endowment’s growth reflects the impact of investment returns, spending distributions, new gifts, and internal transfers. 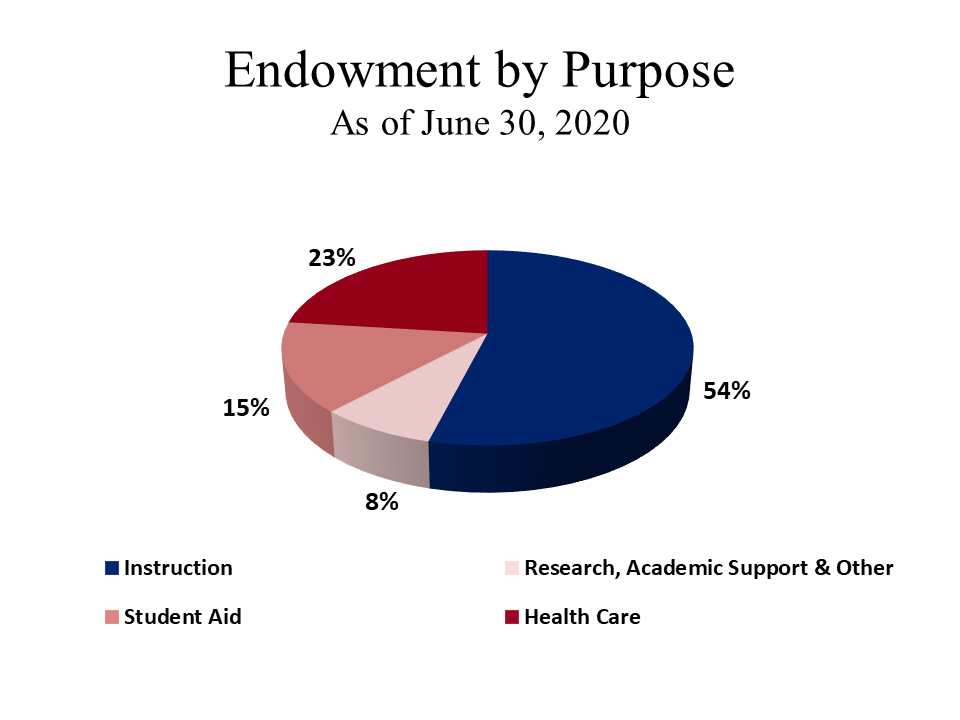 Learn More About The Endowment’s Impact 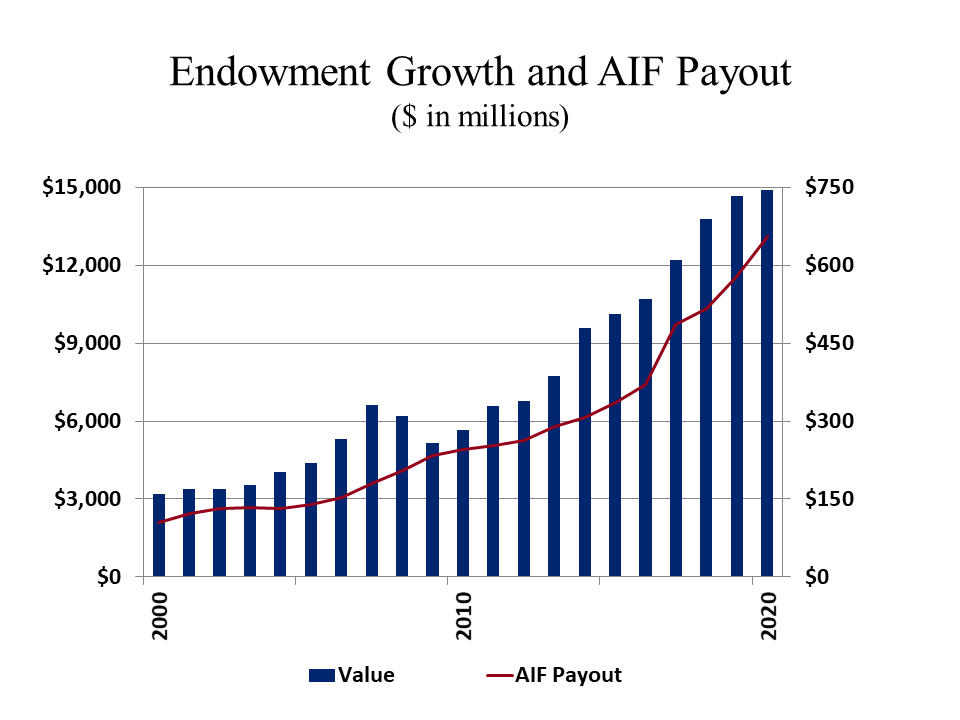 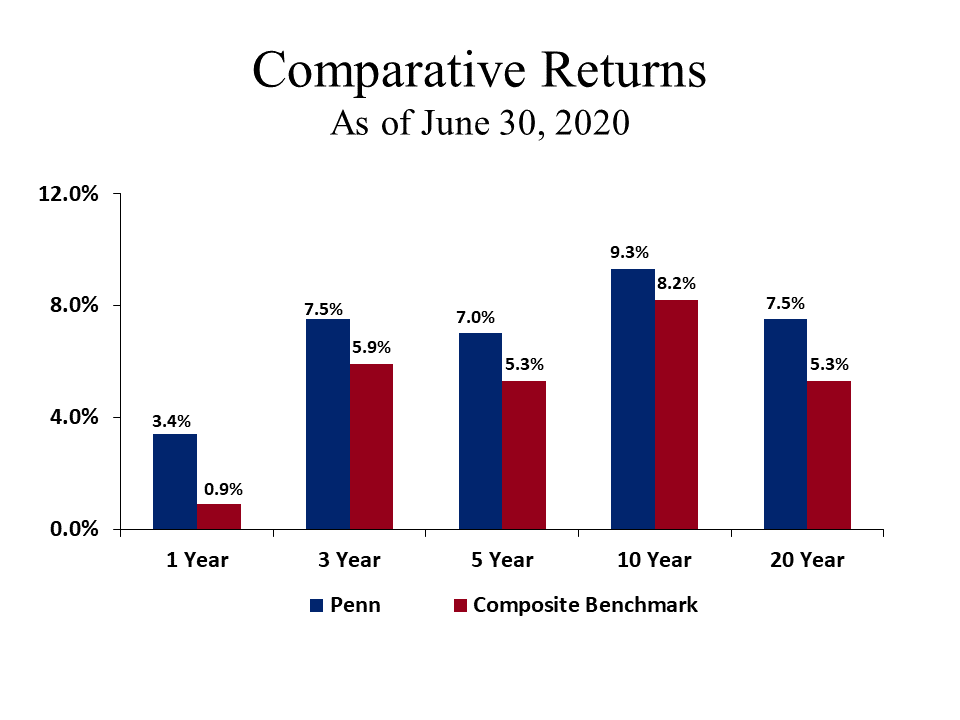